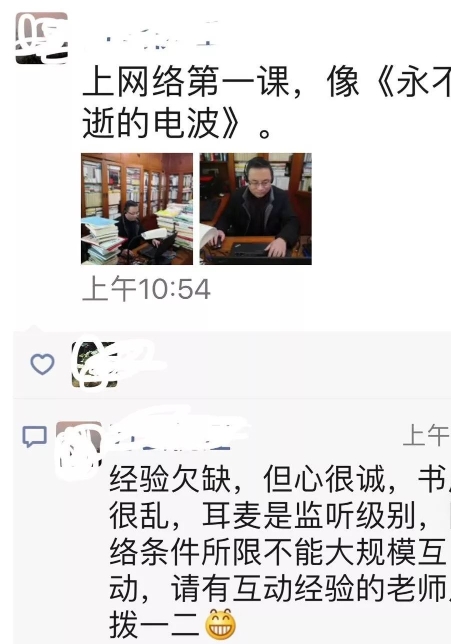 Welcome to Wuhan. My name is Silver. I am from Wuhan Travel Service. I will be your local guide during your stay in Wuhan. This is our driver, Mr Wang. Our bus number is WH12345.On behalf of my travel agency; we hope you have a nice journey here. If you have any special interest, please tell your tour leader, and he will let us know. My job is to smooth your way, care for your welfare, try my best to answer your question, and be your guide and interpreter. I will try to do my best to make your trip go smoothly. We highly appreciate your understanding and cooperation. Today we’ll visit the famous sacred place of Taoism-----Mount Wudang.

We will climb up the mountain and visit the scenic spots on way up the mountain, then take the tram rail down the mountain. First, it will take us 45 minutes to visit Yuxu Palace. Then we will visit Purple Cloud Palace for about one hour and South Rock for 30 minutes. The last two stations are Golden Summit and Golden Palace. They are the most important palace. We will spend 2 hours on visiting them.

Everyone must be very familiar with the best foreign language film Oscar, 2001 “Crouching Tiger, Hidden dragon”. At the end of the film, the actress Y u Jiaolong jumped from the cliff here. I believe that everyone must be on kungfu and scenery in the movie. Today I will lead you appreciate its mysteriousness and charm.

Mount Wudang, situated in Shiyan City, Hubei Province, China, where there are many high mountains, green forests, and everlasting springs, has been called the No. One Celestial Mountain in China.

Throughout history, federal emperors of every dynasty paid increasingly attention to the creation of buildings on Mount Wudang, and in the Ming Dynasty, Mount Wudang was the center of China Taoism.

There are full of attractive places of interest in Mount Wudang Tourism and Economy Special Region, as charming as the rainbow in the sky; especially Mount Wudang, the famous Taoism Mountain which has combined quietness, wonder, beauty, and elegance into one, has these following famous scenic spots, such as, seventy-two peaks, thirty-six cliffs, twenty-four valleys, eleven caves, three pools, nine springs, ten lakes, nine wells, ten stones, and nine pavilions. There are four distinct seasons with their own features, the mountain is green and full of flowers in the spring; there are wind, thunder, and rainstorm with cloud and fog twisting the mountain in the summer; the forest are in gold yellow and the laurels send fragrance in the autumn; all the mountain is covered by the white snow in the winter.

Mount Wudang, the famous scenic spot in China, whose perimeter is over 800 km, about 500 miles, full of beautiful hills and intense forests, was praised as the meeting place of heaven and

earth. For its enchanting scenery and the legend of home of gods, many Taoists and hermits came to cultivate, so Mount Wudang was regarded as the origin place of China Taoism. Taoism can trace back to Han dynasty and after thousands of years’development Taoism has played an important role in politics, economy,culture, and ideology of China. Taoism, with Chinese characteristics and nearly 2000-year history, is still influencing Chinese life. The main idea of Taoism is harmony. People believe Taoism because they want to reach the perfect combination with the nature.

It is said that Zhenwu Emperor had been cultivating here for over 40 years and became god. Zhenwu is named Emperor Zhenwu, the Founder or the Granddad in Heaven. This super god is evolved from the image of the ancient northern god----Xuanwu. During the Song Dynasty, Wudang Taoism had developed into some certain size, forming its own organization sodality, and also had set up many Taoist buildings. On the days of Zhenwu' birthday and becoming god, pious people would come here worship Mount Wudang from all directions.

Wudang Taoism came to the most prosperous stage in the Ming Dynasty. Cheng Emperor, the third emperor of Ming Dynasty, Zhu-Di ordered to support and develop Wudang Taoism after he became the emperor. He wrote all the orders by himself, from reconnaissance and devise of Taoist buildings, sending qualified officials to overlook the project, to the ways for Taoists to cultivate. There were all high buildings on the both sides of the 140-km ancient road to the Golden Peak. The series Wudang Taoism palaces and temples, located in Southern China, the Forbidden City, located in Northern China, were the two key constructions under the supervision of Emperor Zhu-Di (the third emperor of Ming Dynasty 1403-1425) during his realm.

Let’s get on the bus and go to our next station-----golden summit ,which is regarded as the symbol of the Mount Wudang. Golden summit is the second peak in Eme i mountain, it’s scenic spots including the Huanglong hole, Chaotian palace ,Golden palace and other Yuan Dynasty bronze and ancient architecture . Here preserved a lot of the dynasties of manufacturers, religious artifacts and other treasures. These are the technology of casting brilliant pearl in our ancient Chinese architecture, which reveal the wisdom of Chinese people and ancient scientific level.

Golden summit has a strong attraction to visitors and pilgrims. Whenever you stand in front of the golden summit, there will be an invisible feeling to shock and respect .A t the same time, you still can enjoy many peculiar natural wonders of the myths and stories.

We are now traveling among the peaks the golden palace is located here. The golden palace, with a height of 5.45 meters and flying eaves decorated by dragon, phoenix, sea horse and immortals ,is the highest one in the ancient Chinese construction grade. Enduring about 600 years’ wind and rain ,thunder and lighting ,cold winter and hot summer ,the golden palace is still shining as if it was newly built up. Every summer thunderstorms season, it will appear the spectacle of lightning golden summit: when the lighting flashes across the sky, the deafening noise arises, suddenly, the sky is point-----blank, what a spectacular!

We will get back to the station by tram rail. You have enjoyed the view of the peaks again. Now let’s get on the bus.

We have appreciated the scenery as well as its culture .It is not only a mountain but also a heritage full of our ancestors’ wisd om. Your current visit to China is drawing to a close. Time have elapsed so quickly and you have visited several scenic spots in this city. The time we stayed together was rather short and really the surface was only scratched. What the Chinese people call “looking at the flowers on the horse’s back.” Every one in the group has been very cooperative, friendly, understanding and punctual. That is what I witnessed and experienced, and as a national guide, it was much appreciated.

Parting is such sweet sorrow. Happy to meet, sorry to depart, and happy to meet again. Wish you have a nice journey home. Goodbye!